The Year of the Rat

The World Premiere of The Year of the Rat at West Yorkshire Playhouse was an opportunity for me to indulge in the world of an author who had influenced me since childhood. Animal Farm and 1984 were both books that influenced my politics as a teenager and also provided me with two distinct, dark metaphorical and prophetic worlds of the imagination. The challenge that Roy Smiles had written into the text was that animal characters from both books haunted solitary moments of George Orwell’s final years in a remote farmhouse, Barnhill, on the Isle of Jura. Even though the house still exists and was an impressionistic source of reference for the stage set, the surprising appearance of Boxer the horse, Napoleon the pig and the rat from Room 101, demanded a theatrical and architectural solution to their entrances and exits. 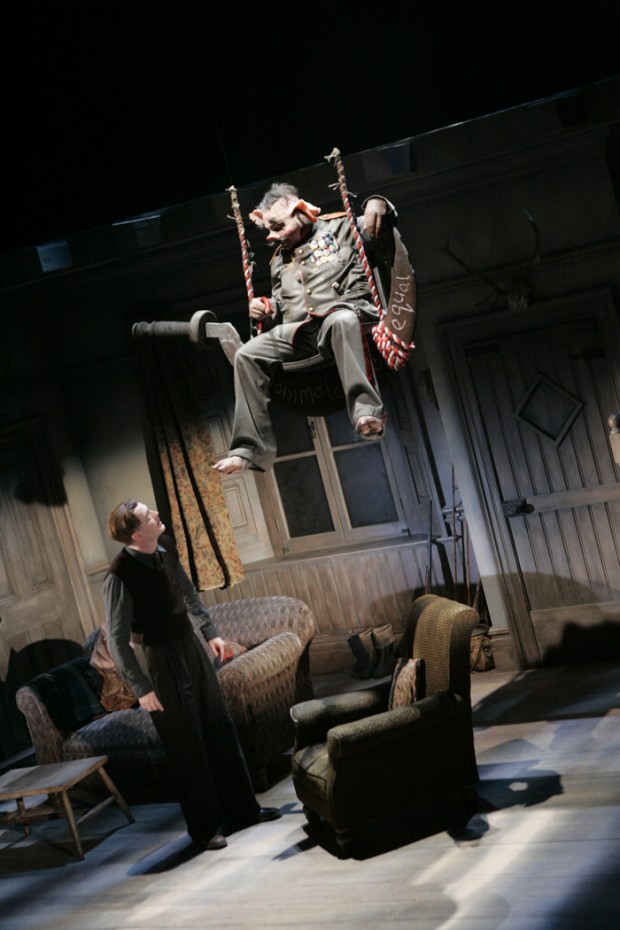 The same actor, Paul Kemp, played all the animal parts, so I had to work very closely with him to help change his posture, facial features, and of course clothing. Throughout the performance, during the prologue, dream sequences and scene shifts, the space was overshadowed by drawn animated sequence that shifted from weather to an increasingly abstract vortex.