The Merchant of Venice

The designed conceptual frame for ‘The Merchant of Venice’ was that of a contemporary male penitentiary that provided a plausible context for the violence, religious bigotry and other partisan allegiances and struggles that Shakespeare’s play explores. The costumes, essentially ubiquitous prison uniforms, were a canvas upon which to overlay the outward signs of identity such as status, sexual orientation and creed. The methodology for developing individual characterisation involved pooling the collective input of costume ideas from the ensemble of performers, thereby giving them ownership of how their character might invest in elements of clothing, tatoos and fetishistic objects that would be dear to their character as a ‘lifer’. 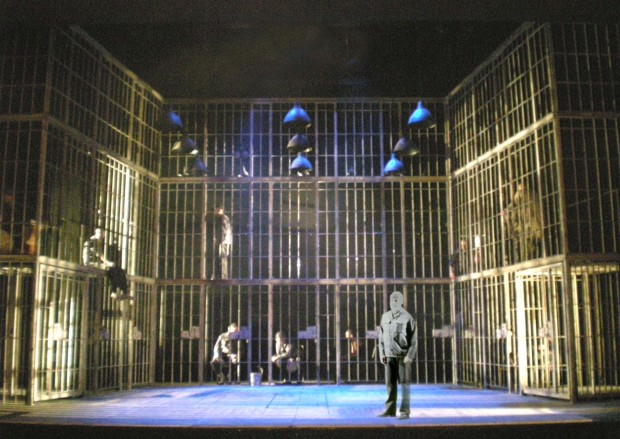