My new book, So You Want to be a Theatre Designer?, is out now by Nick Hern Books. 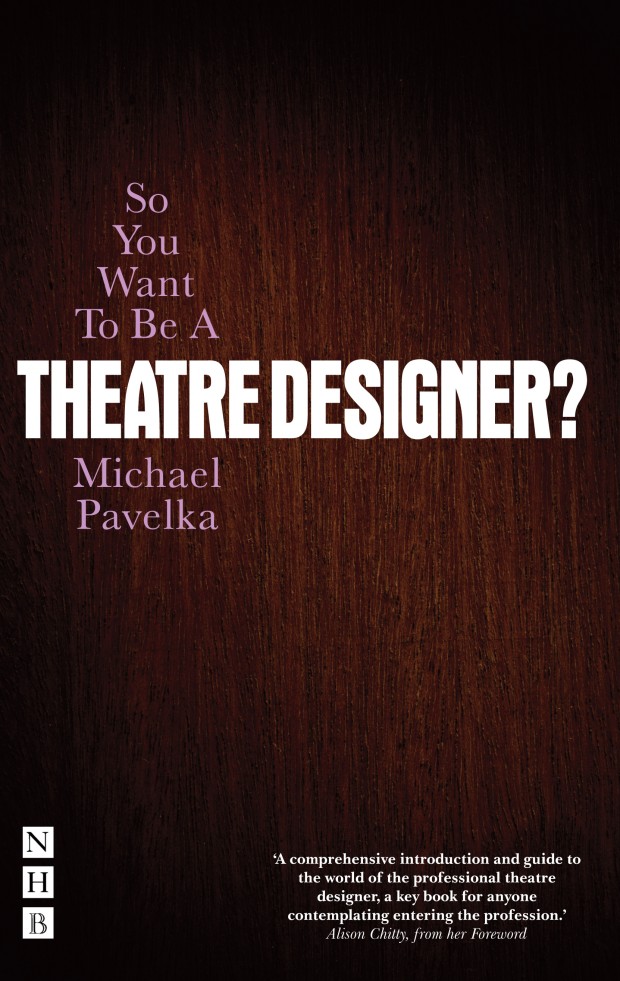 The main purpose of writing this book was to be useful to the next generation of theatre designers, but I’m hopeful that it does a wee bit more than that. The collaborations involved in mounting and sustaining a theatre production are fundamental to a successful design, so my intention is that the key players in this intricate process are properly acknowledged. I was interested in capturing their views of design and designers and have an opportunity to articulate what they consider to be ‘best practice’ alongside my, and other, designer’s ideas. Knowing its complexities, I was also keen to demystify its world, to give the reader a 360° view of its landscape and draw up a clear map by which it can be navigated. The book is about the journey of a theatre design, from-page-to-stage, and about the people designers will encounter, tussle with, and be fascinated by.

As one in a series of books surveying theatre making from the perspectives of all the overlapping disciplines involved, I wrote So You Want to be a Theatre Designer? to complement the those editions written by directors, producers, actors, playwrights and others. It compliments these perspectives of what designers do, and in turn looks back at their roles, with a designer’s eyes. The book could therefore be useful for those specialising in other branches of theatre practice and wanting to have a keener sense of how design fits with what they do, or want to do.

Like most professions in art and design, it is both a product of its considerable heritage and in a healthy state of continual, evolutionary, flux. Universities, particularly art colleges over the last forty years or so, have had a tendency to feel the need to look forward rather than backward. My impression is that this compulsion to change for change’s sake is now being tempered by a need to re-connect to at least the last two and a half thousand years of history, whether from Eastern or Western traditions – I have tried to give the younger reader a sense of this being a support to their creativity rather than feeling crushed, or bored by, history’s baggage. We theatre designers, both young and not so young, are contemporaries at the end of a long, rich and inspiring timeline of theatre makers.

The craft of theatre design connects with the world around us on many levels: conceptually, socially and physically. Scenographers are both artists, and designers: they are therefore both independent, and dependent makers. This book gives the reader, whether they intend to make theatre design their profession or not, a sense of what designers experience as much as what they make and do. Designers meet each other relatively rarely, they may bump into each other when working on different shows at various times, or at the occasional exhibition dedicated to the subject, so what I’ve attempted is to put into words a set of broadly shared approaches and principles. I’ve tried to reassure either a newcomer to the subject or someone re-orientating their profession, however late in life, that there is a network of understood but often understated and diverse ways of being and doing, in the business – perhaps, dare I say, bordering on a collective conscience.

BOOK LAUNCH: Thursday 26th March 2015 in the Wimbledon College of Arts theatre 6-8pm with a short Q&A hosted by designer and curator Peter Farley at 6.15.

You can also read my top tips guide to starting out as a theatre designer in The Guardian, here.