Sheridan Smith and Darius Campbell starred in the sold out production of Funny Girl at the Menier Chocolate Factory.

and then ran on a major UK tour and its worldwide cinema release in October 2018 (below). 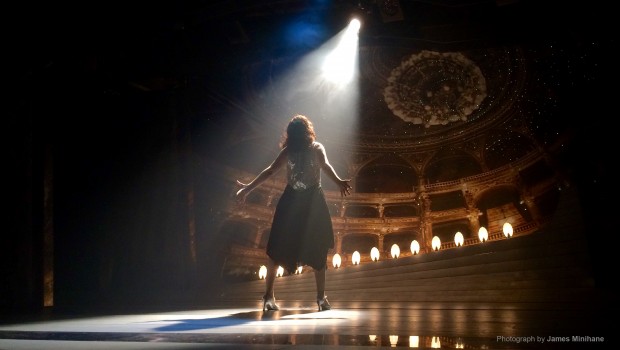 “Michael Pavelka’s set frames the Broadway star inside an ever-present, tilted proscenium arch – the wonky mirror image of the one at the Palace theatre. The suggestion is that she’s surrounded by audiences on both sides, forever the performer.”

Funny Girl was broadcast in cinemas nationwide in October 2018 as part of a worldwide release of the smash-hit stage show. The production was filmed during the final week of its run at the Manchester Palace Theatre by Digital Theatre, and is released in cinemas by Trafalgar Releasing.

« The Taming of the Shrew
Evolving Design for Performance, Beijing »